Abdulkhalim DZHAVATKHANOV: "If the opponent looks down, I understand that I must win" 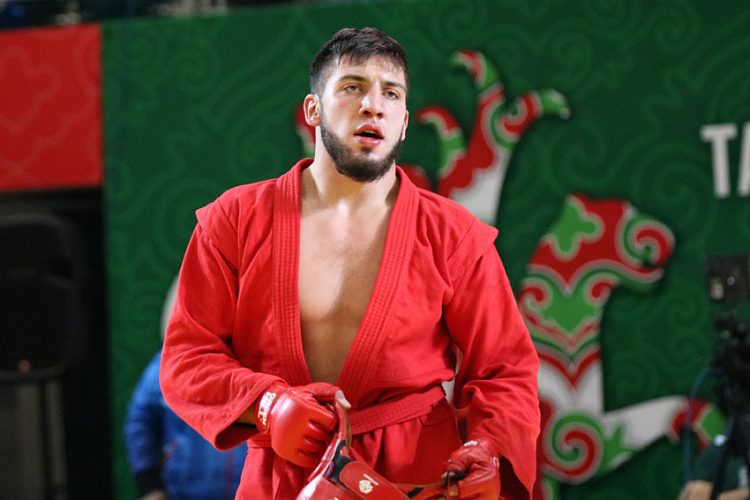 The winner of the gold medal in Combat SAMBO in the weight category up to 98 kg at the International Tournament for the prizes of the President of the Republic of Tatarstan, Abdulkhalim Dzhavatkhanov from Russia, shared his impressions after the final whistle, told about the secrets of success, as well as why he used to look his opponent in the eyes during the fight.

Abdulhalim, congratulations on your victory! It was interesting to watch your fights and your behavior between them. It was evident that you were "on fire"...

– It really is. The fact is that the breaks between fights turned out to be long, it made it a little difficult to tune in.

From the outside it seemed that in the final and semifinal fights you won, mainly due to the correctly chosen tactics...

– Probably it is. I understood that I was leading, so I tried not to take risks. 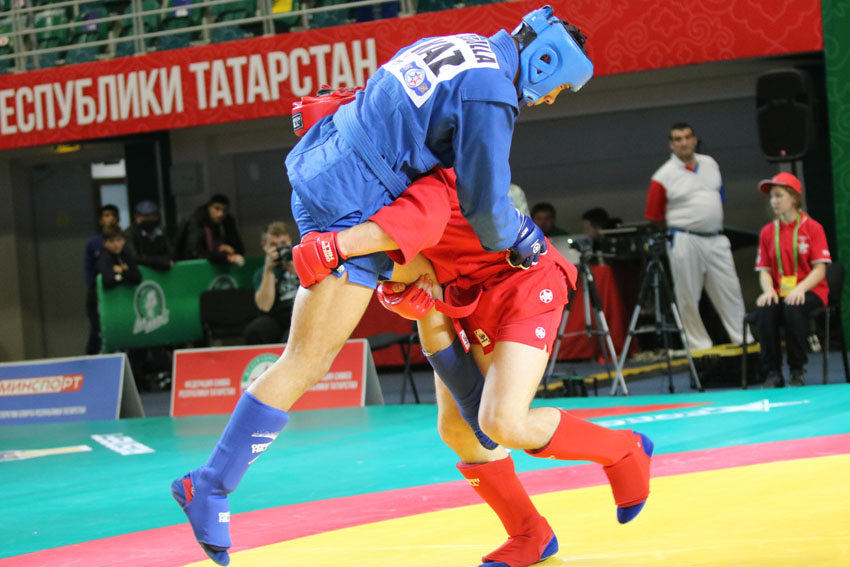 Let's go back to the final: the Kazakh athlete, apparently, relied on boxing technique, and you – on wrestling. Working as number two, you managed to complete the same throw three times...

– Yes, that's right, I spent the whole fight with the second number, earned points and waited for the opponent's attack.

Did you somehow purposefully prepare for a fight with a Kazakh athlete in the final?

– Unfortunately, I was not able to watch a single match with the participation of my opponent. Therefore, at the beginning of the battle, I conducted reconnaissance, after that I decided how to proceed.

It is noticeable that fighting on the mat, you look into the eyes of your opponent. Not every athlete fights in this style. Where did you get this habit?

– All my life my father used to say to me "Never be afraid to look a person in the eye, you can read it by the eyes." Since then, I have followed this rule. And if the opponent looks down, I understand that I must win. 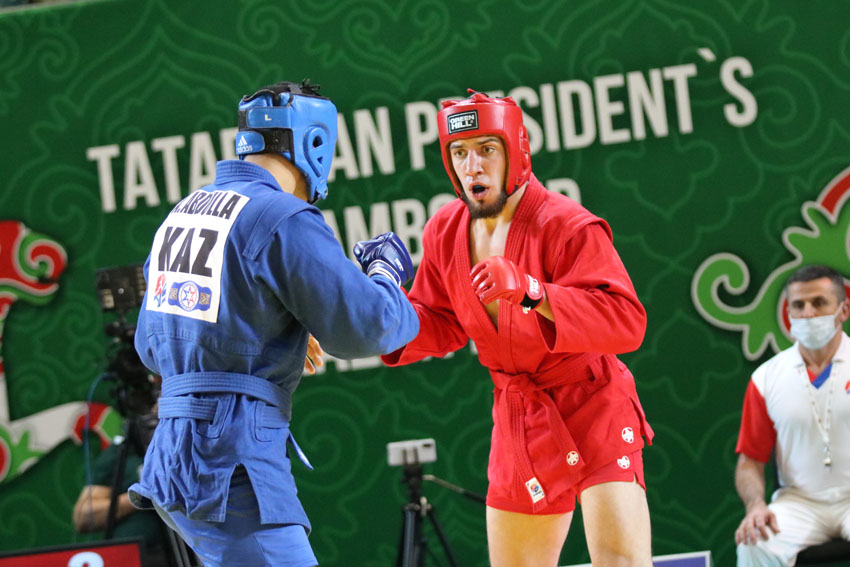 Let's go back to the semifinal match. The final score is 3:2 in a fight with the Russian. The fight was very stubborn and fairly equal. How did you manage to win?

– Probably, the fight with Akhmed Hasanov turned out to be the most difficult for me. This is a very worthy opponent, it was really difficult to compete with him. I think the victory over him is not my merit, it was the will of the Almighty.

How important is the factor of luck for an athlete, in your opinion?

– I'm generally a lucky person (laughs). At one time, my father told me to go in for sports, since then I have been very lucky. 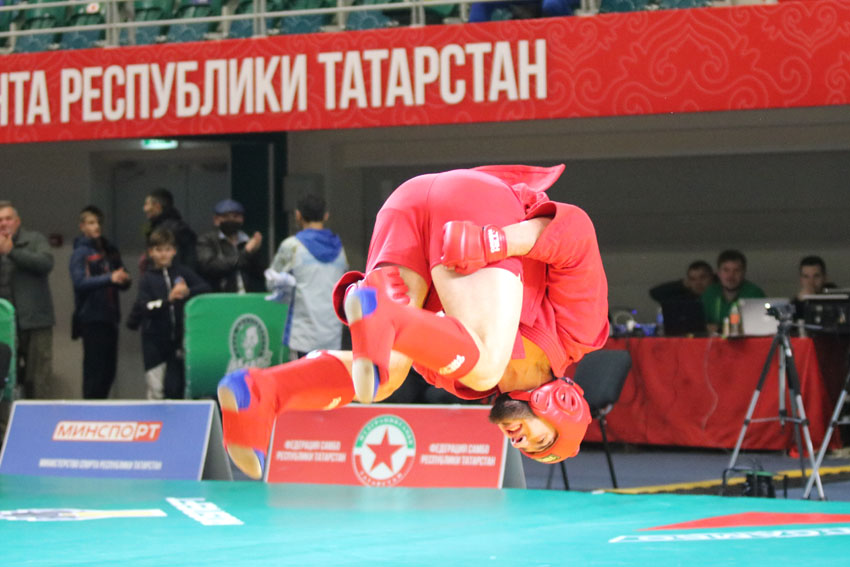 Why did you choose SAMBO?

– I started my career in sports with freestyle wrestling, but later I tried myself in SAMBO. I liked this single combat.

How important is the support of your loved ones at competitions for you?

– Very important. The support of my father, older brother – that's everything for me! Now they are not in the stands, but I am sure that they watched the broadcast of this tournament. After the competition, my father usually first points out the mistakes, which I made a lot this time too, but then he always praises.

In July, FIAS received full recognition from the International Olympic Committee. How, in your opinion, will this affect the development of SAMBO?

– First of all, I would like to congratulate sambists from all over the world on this wonderful event. This is a great success for our sport, reaching a new level. I really hope that our guys will be able to participate in the Olympic Games in the near future. 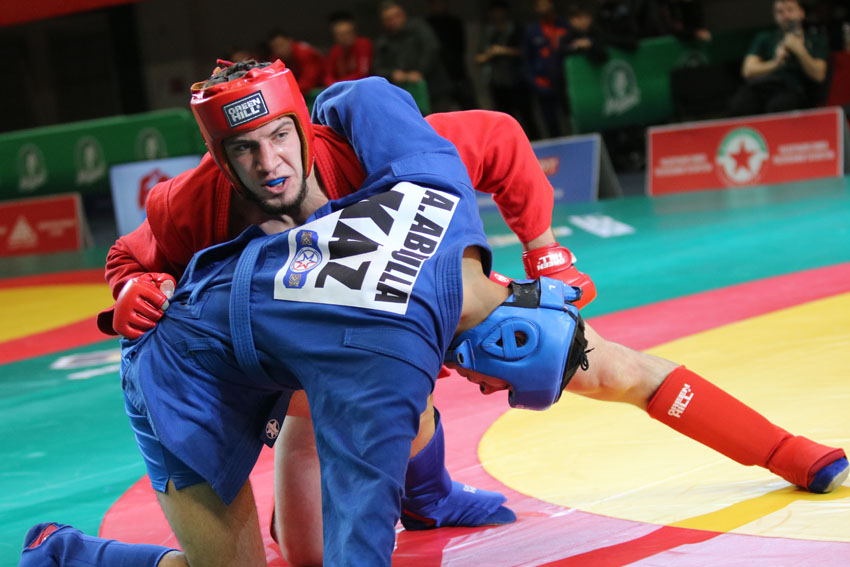 What would you like to wish to novice sambists, people who decided to try themselves in SAMBO?

– So that you do not feel sorry for yourself. Leave yourself on the mat and it will definitely pay off!