British sambists have become the winners of the Sabantuy in London 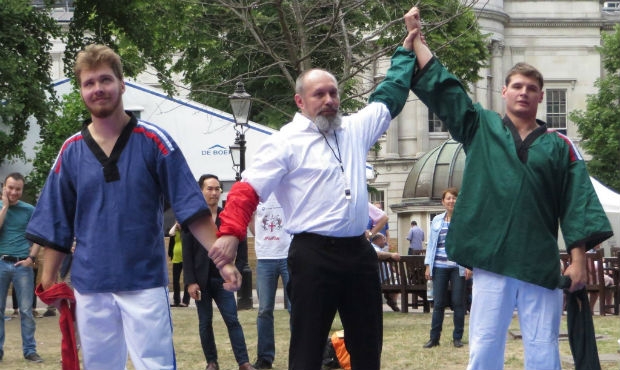 Annual Sabantuy devoted to the end of spring sowing and the start of mowing is a Tatar national holiday. It is recognized as a public holiday in the Republic of Tatarstan, it’s also considered a federal holiday in Russia and an official holiday in many cities around the world. On June 27 Sabantuy took place in London and some British sambists participated in the most popular competition of this feast, the Kuresh fight.

The word "Sabantuy" can be translated as "the holiday of a plow." With more than a thousand-year history, this festival is celebrated according to long-formed traditions. It opens with congratulation from the city government or other officials to the people present. The Sabantuy in London which was organized by the Association of Tatars of the UK was attended by a large number of distinguished guests. The event was opened by the Extraordinary and Plenipotentiary Ambassador of the Russian Federation in the United Kingdom Alexander Yakovenko, Deputy Prime Minister of the Republic of Tatarstan Ravil Akhmetshin, Ambassador of the Republic of Uzbekistan in the UK Otabek Akbarov, Ambassador of the Republic of Tajikistan in the UK Erkin Kasymov and organizer of the Sabantuy, chairman of the Association of Tatars in the UK Ramil Rifmir uly Minullin. 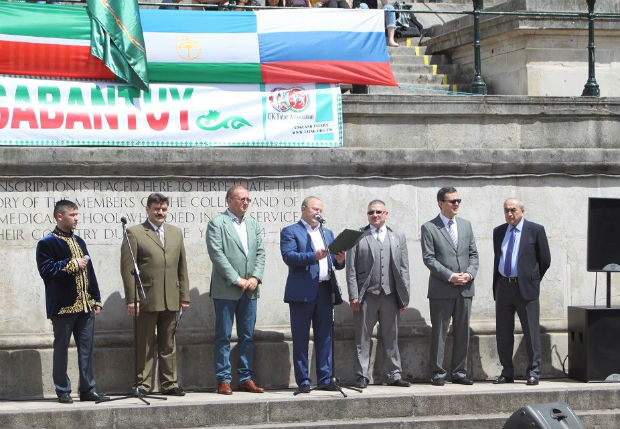 Ravil Akhmetshin read a greeting from the Acting President of Tatarstan Rustam Minnikhanov, and then the special guests and the organizer of the festival participated in the flag-raising of the Sabantuy accompanied by the hymn of Tatarstan which marked the official opening of the festival. 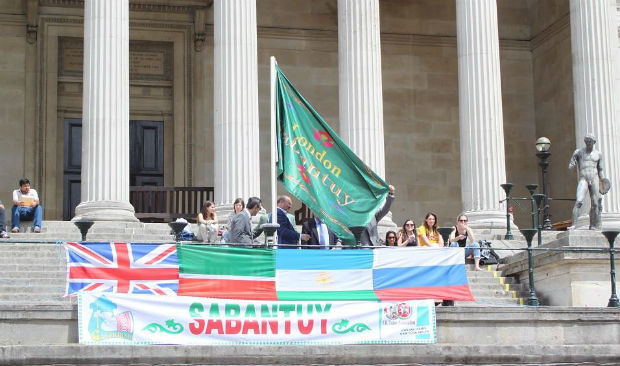 Traditionally during Sabantuy after the inauguration comes the entertainment part: singers and dancers come to the stage who can be amateurs or professional artists. In London, one of the first events of the feast was the opening of the exhibition "Friendship of peoples - dialogue of cultures" where paintings of Rinat Kuramshin and Albina Kuramshina were represented. 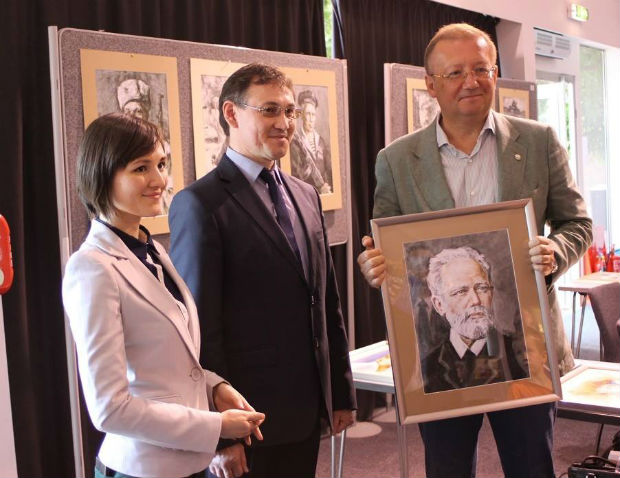 Later in the concert part of the Sabantuy anchored by a TV presenter popular in Tatarstan Ildar Kiyamov, participated an honored artist of the Republic of Tatarstan Rustam Asaev, Gulnaz Asaeva, Regina Saidasheva and Lia Chanisheva. Aybulat Yanturin danced a traditional bashkir dance.

Honouring the tradition further, after the end of the concert the time and place for sports competitions are announced. Sabantuy hosts many different activities where everyone can express themselves, including comic competitions. At the June festival in London sack races, running with an egg on a spoon, fighting with bags on a log, taking coins out of qatiq, a Tatar national drink, were organized. 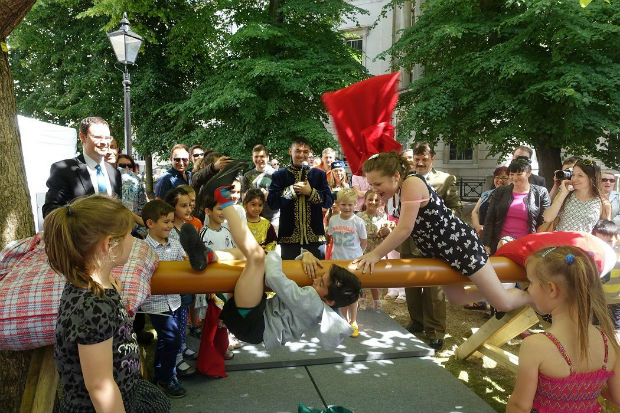 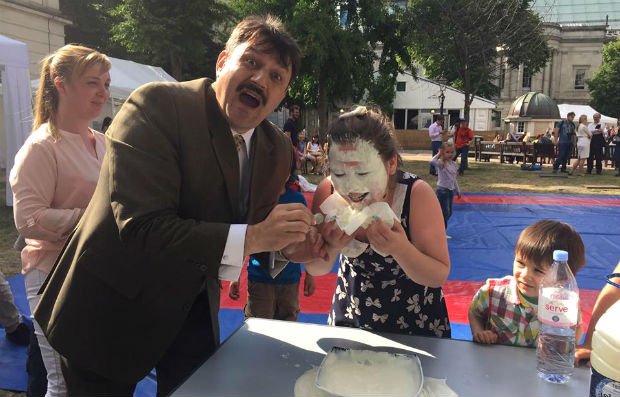 Still, the main part of the festival of the plow is belt wrestling - Kuresh. According to the Sabantuy traditions these competitions are started by two young boys and continued by schoolchildren, young men and middle-aged men. 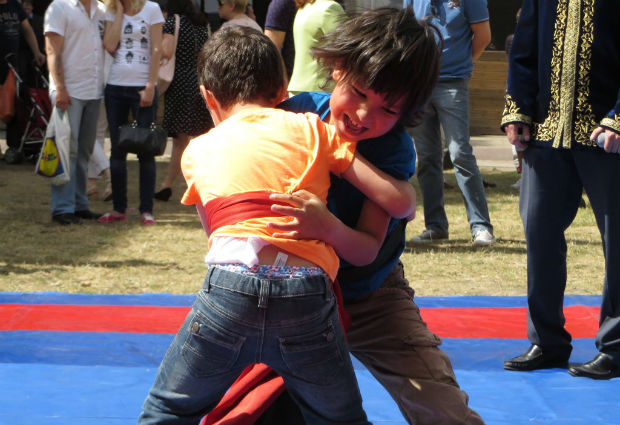 The culmination of the fighting and the Sabantuy itself is the bout of batyrs - winners of the preliminary fights - and finally, of the two finalists. In London Kuresh Tatars, Russians, Bashkirs and British have taken part. The absolute batyr-winner turned out to be an Englishman Tom Richardson. 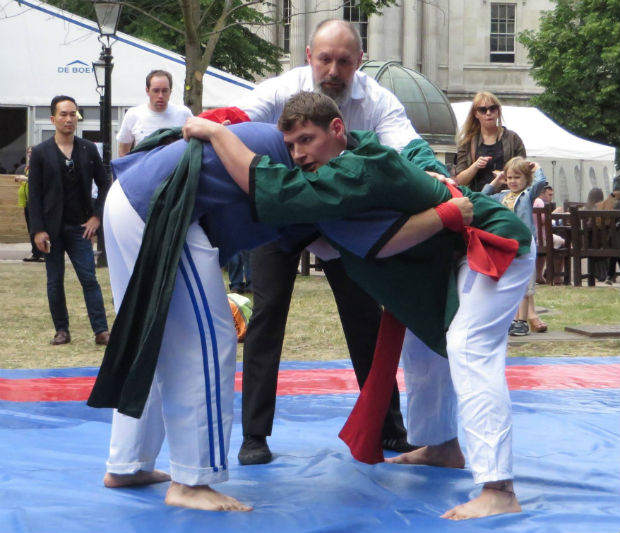 There was also a contest among veterans of the sport where the first place went to Darim Richardson, Tom Richardson’s father. 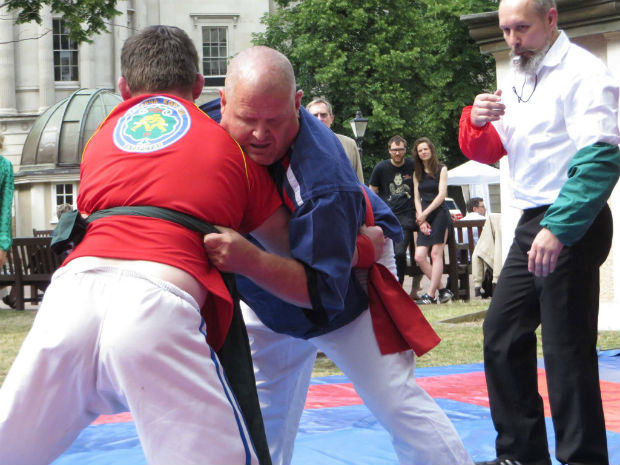 - The Kuresh belt wrestling was certainly the "cream" of this holiday of the plow. It’s nice to note that its winner is a member of the national sambo team of Great Britain Tom Richardson, and in the competitions among the masters his father the head coach of the British team in combat sambo Darim Richardson was the best. It should be said that other representatives of British Sambo have also won medals during the competition, - commented on the results of the tournament FIAS’s director for development Andrew Moshanov.

During the celebration of the holiday of the plow a charity event was organized during which traditional dishes like echpochmak, peremyach, chak-chak and Uzbek pilaf were offered at a low price. The funds (donations) collected in the amount of 1150 pounds will go to the social shelters in the Republic of Tatarstan. Let’s hope that it will also become a tradition of Sabantuy, at least in London.