Cyprus prepares for the start of the World Beach SAMBO Championships 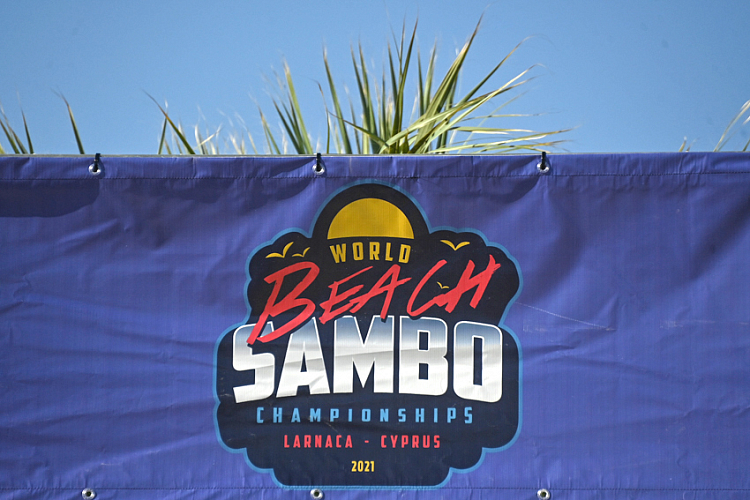 The first ever World Beach SAMBO Championships will be held in Larnaca (Republic of Cyprus) from 28 to 29 August. Athletes from 12 teams are expected to take part in the competition: Bulgaria, Cyprus, Greece, Israel, Kazakhstan, Korea, Moldova, RSF, Romania, Serbia, Ukraine and Uzbekistan.

The World Beach SAMBO Championships were supposed to be held back in 2020, but were postponed due to the COVID-19 pandemic. This year, special attention will be paid to the observance of all antiquated measures. 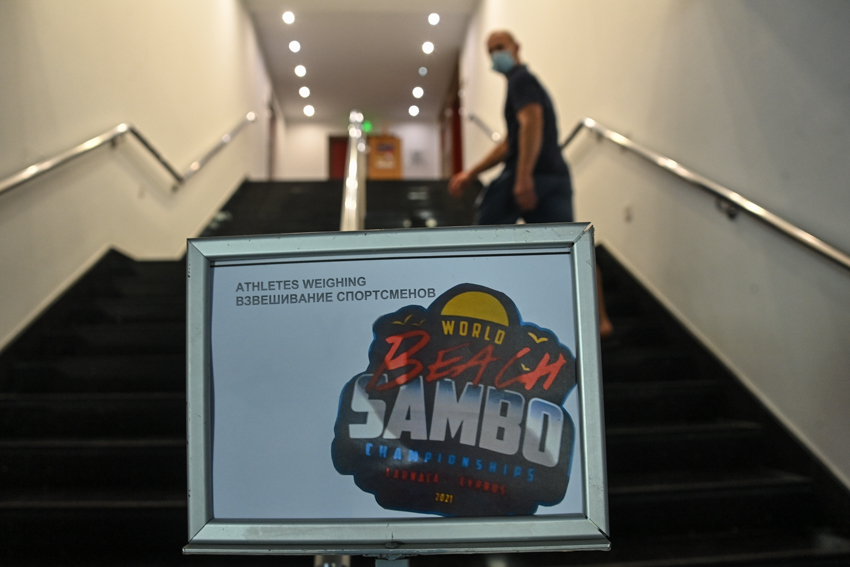 Competitions will be held in both individual and team tournaments. The first day will be devoted to individual wrestling. Participants will compete in 4 weight categories among men and 4 – among women:

The general partner of the World Championships is Rosneft oil company, the official partner is VTB Bank. 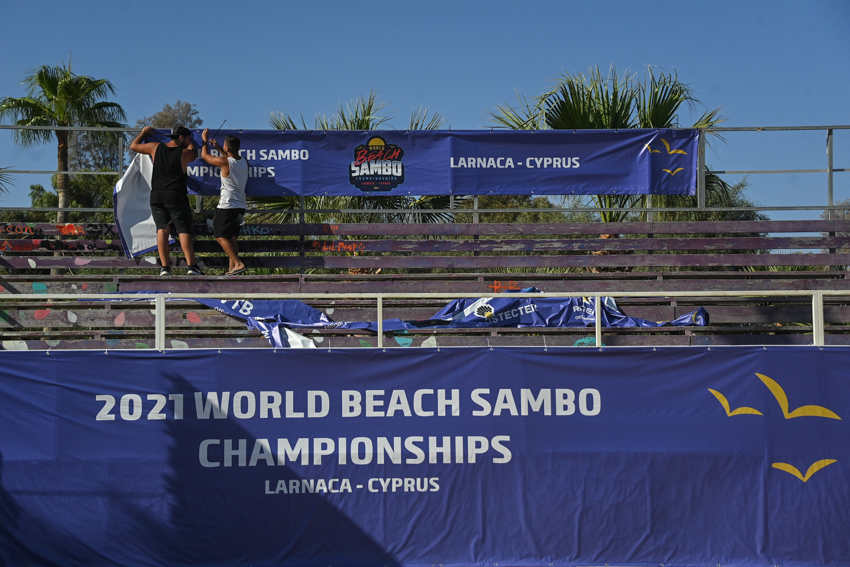 “From 28 to 29 August, we will witness a historic event for our sport – the first World Beach SAMBO Championships. Despite the fact that this discipline was born quite recently, Beach SAMBO has already been able to conquer the hearts of millions of people on all continents and continues to go by leaps and bounds around the world. Just a few years ago, many athletes saw in Beach SAMBO competitions to a greater extent an entertainment component, designed to complement Sports and Combat SAMBO. However, today we can say that Beach SAMBO has become a full-fledged discipline, the participants are purposefully preparing for fights on the sand, and the fight for medals is expected to be stubborn. It is symbolic that the first World Beach SAMBO Championships are held in the year when FIAS received permanent recognition from the International Olympic Committee,” FIAS President Vasily Shestakov noted.

The point of view of the head of FIAS is shared by the athletes who arrived in Cyprus. They shared their expectations from the tournament during the accreditation on the eve of the competition. 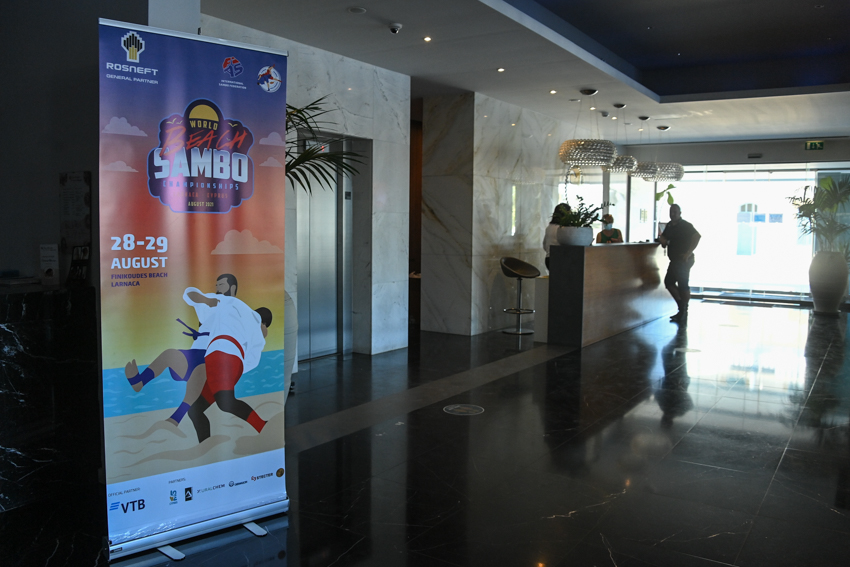 “In 2018, I managed to win an international Beach SAMBO tournament in Cyprus, and now I have a very strong desire to win. It is much more difficult to fight on the sand, the tactics of the fight are noticeably different from the fight on the mat, the competition will be serious, and the result of the fights is very difficult to predict. For me, a gold medal would be very welcome. In terms of value, it is comparable to the World Championships in Sports SAMBO,” Vadim Skripal, three-time champion of Ukraine in Beach Sambo, said.

“I have never participated in such competitions before, it is very interesting for me, of course, I hope to win. After all, SAMBO is my love and my life”, – Maria Oryashkova, six-time world champion in SAMBO, shared her opinion on the eve of the Championships.

Due to the traditionally hot weather in Cyprus at the end of August, the competition is scheduled to be held in the evenings. The sports program will be accompanied by a vibrant sports show with dynamic lighting, which is intended to attract both professional fans and casual tourists on the beach. 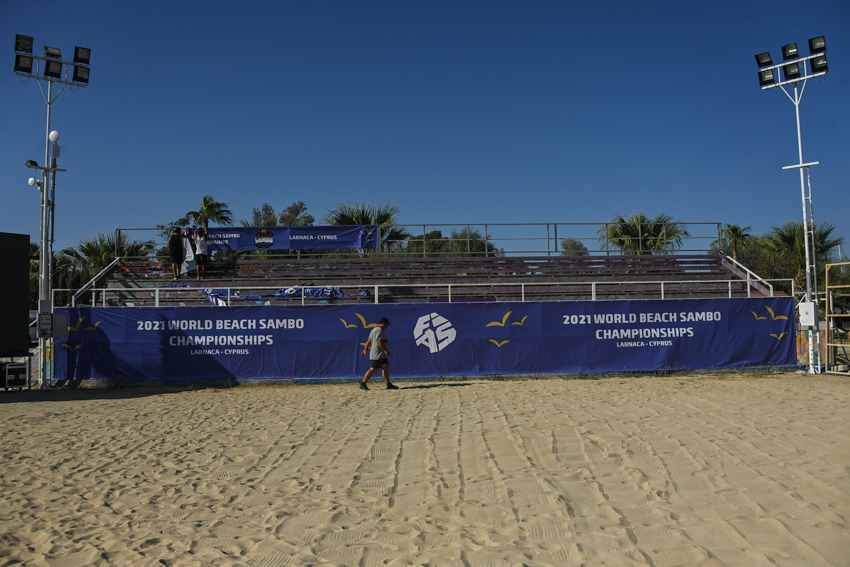 The live broadcast of the first ever World Beach SAMBO Championships can be viewed on the FIAS official website.

At the end of the preliminary fights - finals.

*Schedule is based on local time in Larnaca.