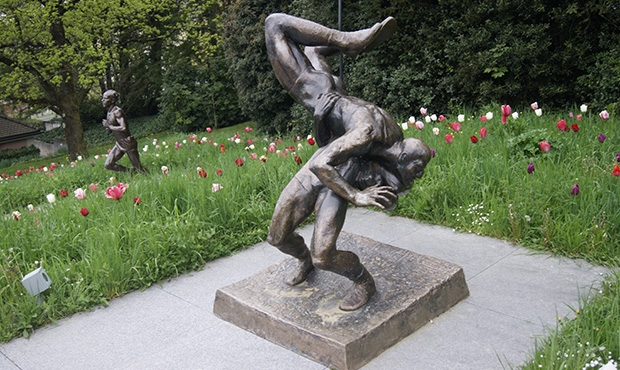 Interviews for AIPS and the Chinese company Tencent, more news on #sambotiger-marathon, and Night at the Olympic Museum Lausanne as the closing ceremony of the SportAccord Convention — read all about it in our report from Lausanne.

As we've already reported, the International SAMBO Federation launched #sambotiger-marathon at the exhibition during the SportAccord Convention now taking place in Lausanne. The idea is simple — all visitors to the FIAS stand sign their names on a special wall to support FIAS in its project to protect and save the Amur tiger.

In today's news, we note that two important and influential people representing the global Olympic family are involved in the project. They are IOC Sports Director Kit McConnell 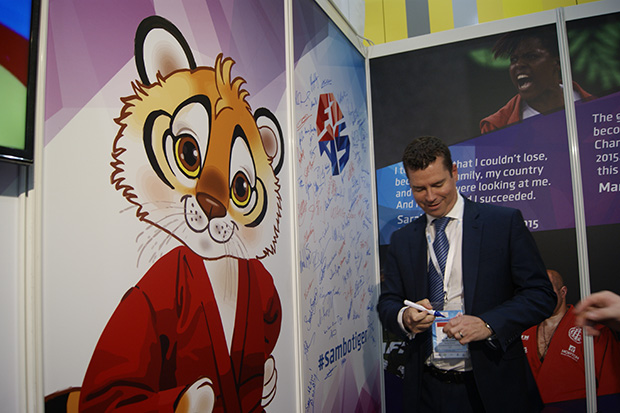 and the IOC's Head of Sport Partnerships and Coordination Jenny Mann. 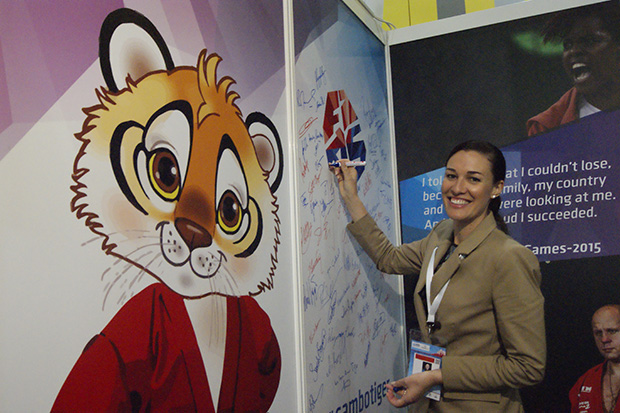 One of the most romantic messages in defense of the tiger at the FIAS stand was the signature of Alexandra Tereshonok-Bouzou, the wife of Peace and Sport President Joël Bouzou. 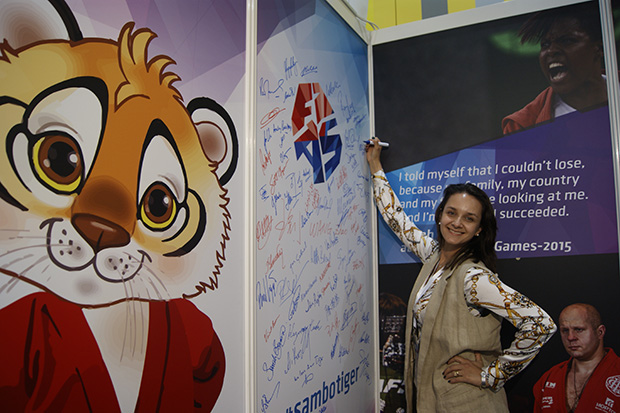 She "added" her signature to her husband's with an equal sign and drew a heart. This signature in support of the tiger added a really romantic touch. 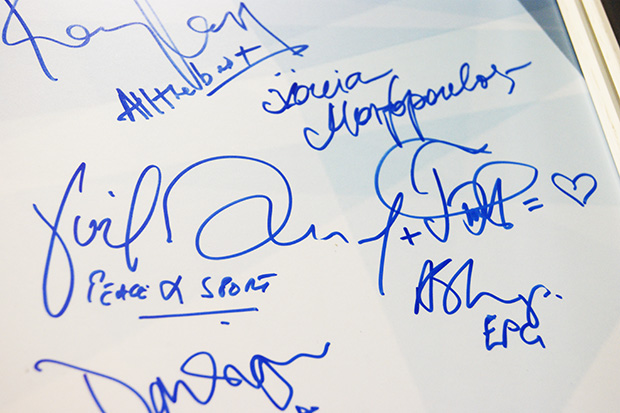 We should also mention the participation of Patrick Baumann, Secretary General of the International Basketball Federation (FIBA), candidate for President of SportAccord, in the project. 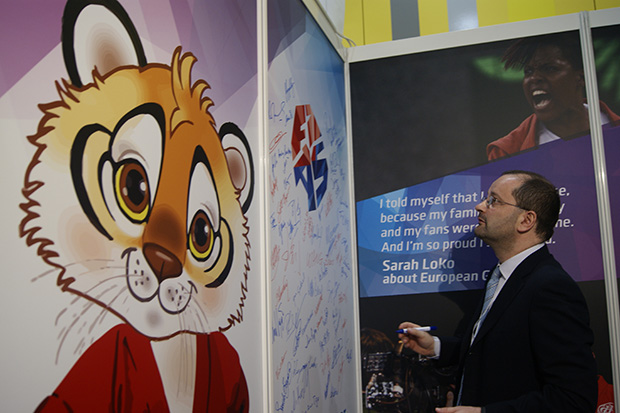 Then there was a rare case when it seemed like one person signed to protect the tiger, but it was actually two — Megan Tidbury, PR and Marketing Director for World Bowling (WB), and her unborn baby. 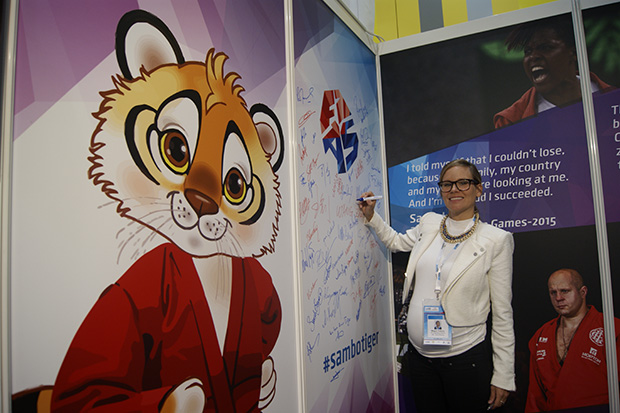 See it all in the blog on the FIAS website by clicking on the link.

Yesterday, the International SAMBO Federation signed a cooperation agreement with the International Sports Press Association, which will be the principal information partner for the European SAMBO Championships in Kazan, Russia, starting in mid-May. 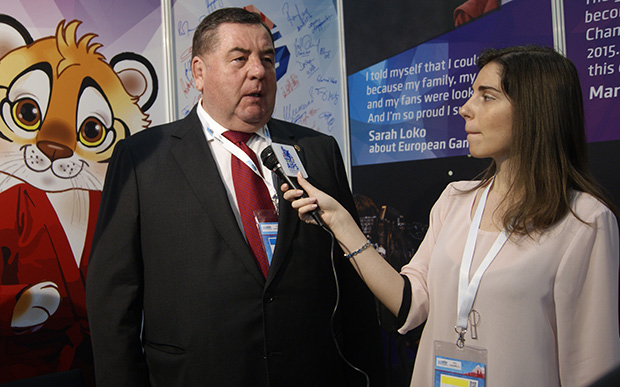 In a detailed interview with AIPS journalist Sonja Nikcevic today, FIAS President Vasily Shestakov talked about how SAMBO was developing, what victories sambists have already achieved, the peaks they planned to reach in the near future, and the steps FIAS is taking toward the main dream of all sambists around the world — Olympic recognition for SAMBO.

Along with the main strategies for developing SAMBO, a conversation with Dawn Young, a journalist representing the Chinese company Tencent, also touched on the prospects of promoting SAMBO in China and possible cooperation between FIAS and Tencent.

Closing ceremony of the SportAccord Convention 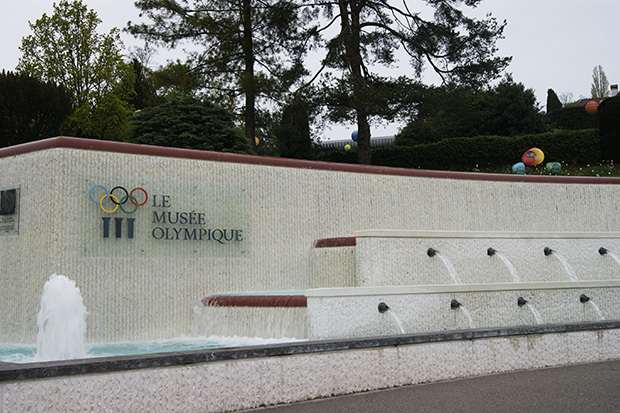 The closing ceremony of the SportAccord Convention was held at the Olympic Museum Lausanne, founded in 1993 on the initiative of then-President of the International Olympic Committee Juan Antonio Samaranch. The world's Olympic Capital had a special gift for Convention guests — an evening at the Olympic Museum Lausanne. The doors of this unique museum of Olympic sport were open to all Convention guests from 7 to 10 p. m. They strolled through the beautiful park filled with works of art on the theme of sports, among the most famous of which is French sculptor Auguste Rodin's "The American Athlete", chatted and took lots of pictures. 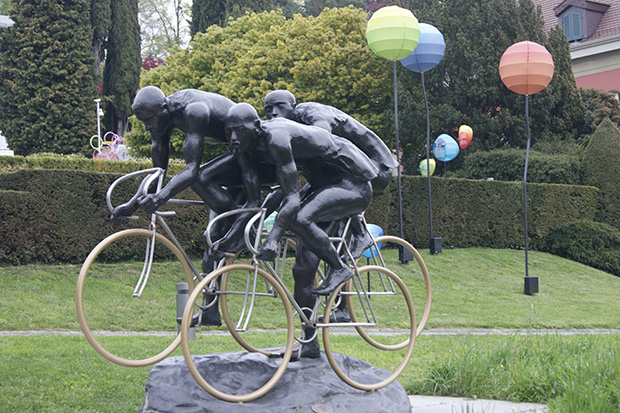 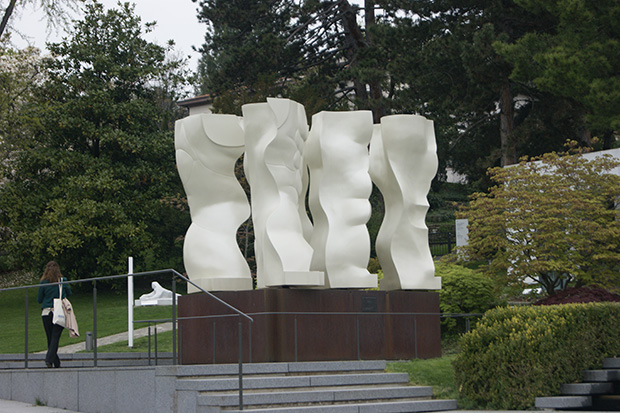 Favorite places for selfies were the monument to Baron Pierre de Coubertin, the wall with the slogan "Citius, Altius, Fortius", the Olympic flame, and the high jump crossbar installed right at the entrance to the museum building. 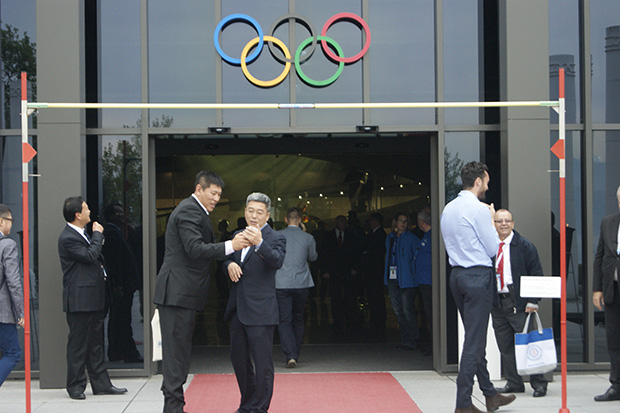 Next to the bar is a sign with the world and Olympic records for men and women in this track and field sport. 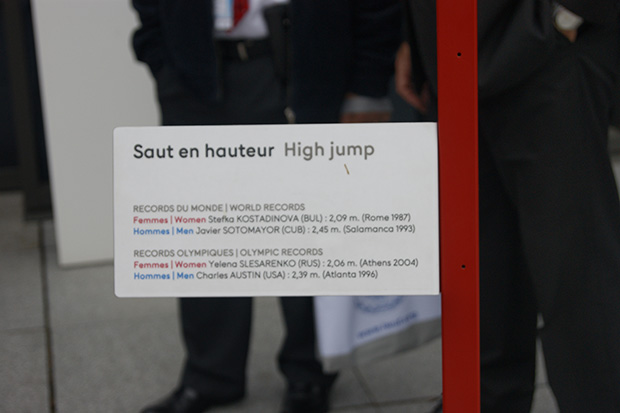 Another higher bar installed to the left of the Museum entrance has a sign with similar records, but for the pole vault.

All guests at the closing ceremony of the SportAccord Convention had an opportunity to touch base with one another, to see the museum's unique collection, which traces the history of the Olympic Games from ancient times to the present, and most importantly, to enter into the Olympic Spirit, which is probably best expressed by the words of Baron Pierre de Coubertin at the end of the museum's permanent exhibition. 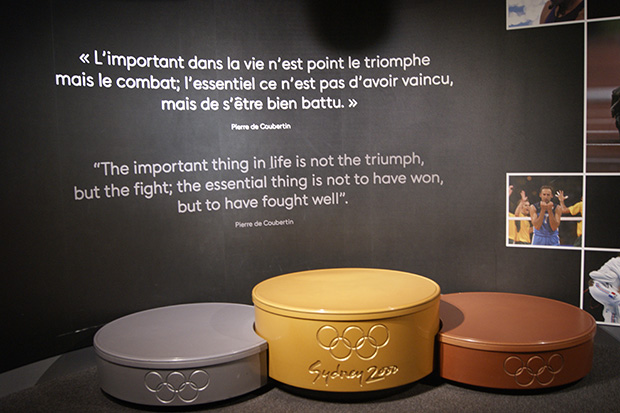