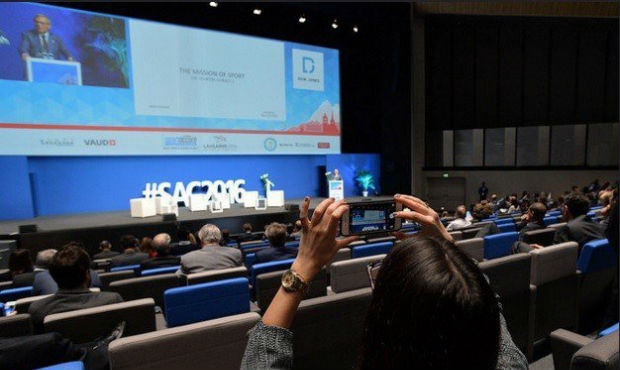 Known, important and famous — in #sambotiger-marathon, the signing of a cooperation agreement between FIAS and AIPS, and a meeting of representatives of international combat sports and martial arts federations — read all about it in our report from Lausanne.

As we've already reported, the International SAMBO Federation has a special stand at the exhibition during the SportAccord Convention now taking place in Lausanne. This year, one of the walls is reserved for signatures of everyone who supports FIAS in its project to protect and save the Amur tiger. 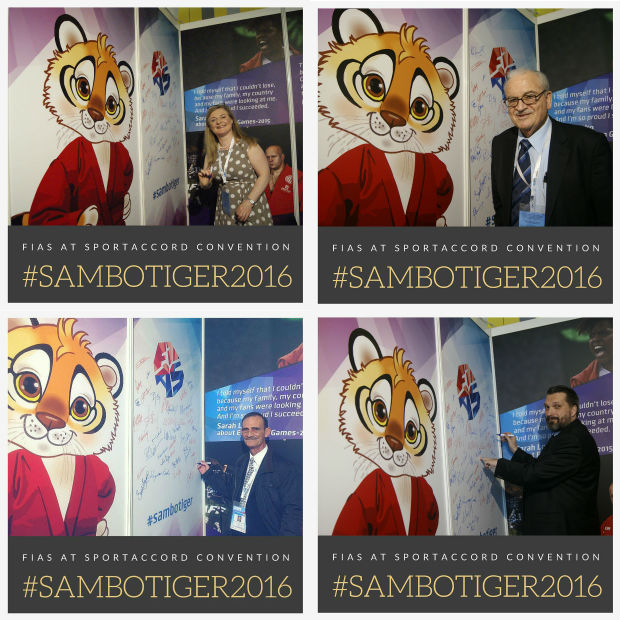 A one-year cooperation agreement between FIAS and AIPS was signed today by Gianni Merlo and Vasily Shestakov, the presidents of the two organizations. FIAS has been cooperating closely and actively with AIPS for the past 4 years, and regularly posts all the most important news from the world of SAMBO on the AIPS website. An AIPS SAMBO committee was formed in 2014. 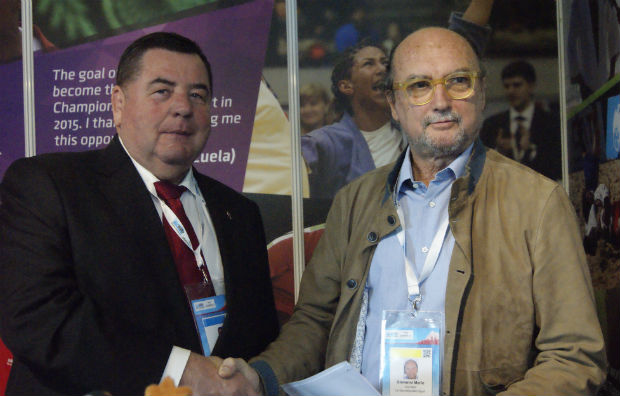 This partnership will definitely not only add status to these SAMBO tournaments, but also guarantee more attention to them from the sports media, which is now so important for SAMBO.

FIAS President Vasily Shestakov took part in this meeting, which brought together 16 international federations promoting and developing martial arts and combat sports in the world. The event was also attended by officials of the International Olympic Committee — IOC Sports Director Kit McConnell and the IOC's Head of Sport Partnerships and Coordination Jenny Mann.

During the meeting, it was decided to set up a working group in the near future to manage a project to resume the SportAccord World Combat Games. This world forum of martial arts and combat sports, which has already included two SAMBO tournaments (Beijing in 2010, St. Petersburg in 2013), is expected to resume in 2018.