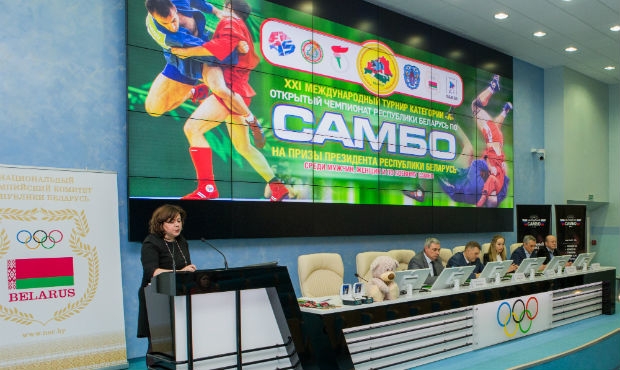 Today, 9 February, the National Olympic Committee of Belarus held a press conference dedicated to the international tournament in Sambo for the prizes of the President of the Republic of Belarus that will be held on February 10. This year's tournament will be held for the 21st time and competitions in combat sambo among men and women and will be attended by the strongest Sambo wrestlers from 16 countries.

Alexander Kobrusev, Chairman of the Belarusian Federation of Sambo said that the tournament will be attended by a multitude of Sambo stars, including many world and European champions. Answering journalists' questions, he said that audiences are attracted by both sport and combat Sambo, however, " combat Sambo section causes the greatest interest among guys, especially teenagers." Patron of Belarusian Sambo, who is also the Deputy Minister of Internal Affairs of Belarus, noted the interest in the development of combat sambo, and also spoke about the work on the opening of the new sambo schools on the basis of BFSO "Dynamo" all over the country. 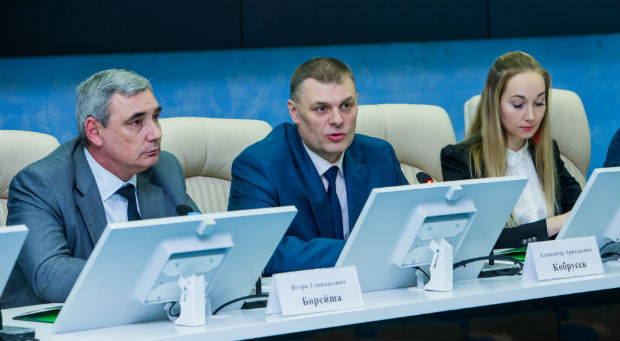 Head of the national teams’ department of Belarus Ministry of Sports and Tourism Igor Boreisha said:

"Sambo is one of the leading sports today, as it is a martial art with great traditions. And our country has traditionally been allocating a lot of resources for the development of Sambo and the creation of proper conditions for the national team. I’d like to remind that Belarusian sambo wrestlers won seven medals at the first European Games, which were held in 2015 in Baku - this is the highest achievement among all Belarusian national teams. Perhaps it is no secret that we are fighting for the inclusion of Sambo to the II European Games program and will do everything so that it is fully represented at the tournament in Minsk. " 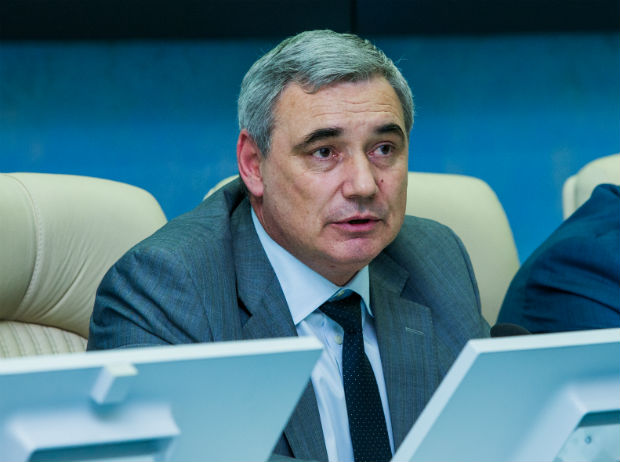 Head coach of Belarus national team Vyacheslav Kot reminded of another important event to be held in the near future in the capital of Belarus. 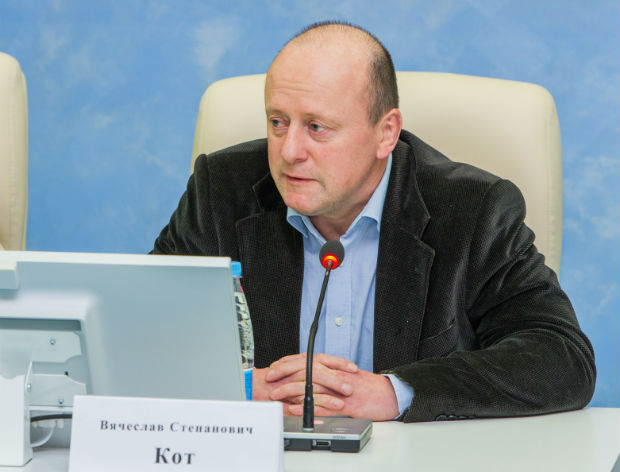 "This is an interesting year indeed. In addition to the traditional tournament which starts tomorrow, the European Sambo Championship awaits Minsk in May. Therefore, we are preparing for the Continental Championship in the light of the Open Tournament for the prizes of the President of the Republic of Belarus, - said Vyacheslav Kot. - We welcome the very competitive teams from countries traditionally very strong in. Russian national team will compete a little cautiously because of the National Sambo Championship that they are having very soon. But Georgia, Kazakhstan, Ukraine and our other traditional rivals presented their main team roster. We can say that these days sambo finest are here in Minsk. As for the Belarusian team, several leading athletes have unfortunately dropped out due to injuries on the eve of the competition. But it is an additional incentive for young athletes to show themselves, so in any case I’m looking forward to a good performance of our team. " 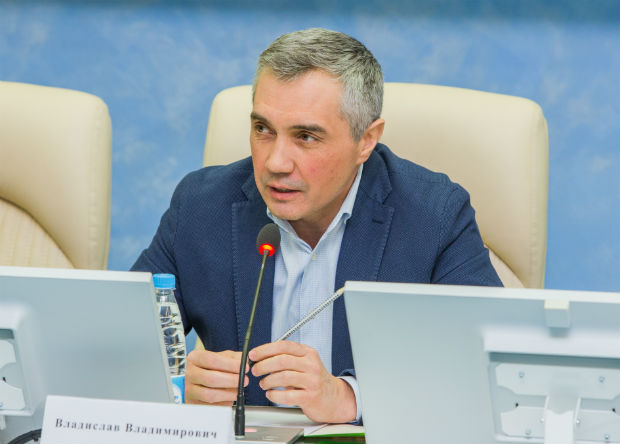 "I’m always pleased to come to Belarus, we have been participating in this tournament not missing a single one. I cannot agree with my Belarusian friend and colleague that we have decided to act cautiously. We have about 45 athletes, including world champions and winners of various international competitions on our team, - said Vladislav Gavrilov. - I would like to sincerely thank the organizers for the high degree of readiness and the level of organization. We always know that when competitions are held in Belarus, everything goes without a hitch. Minsk is a beautiful and carefully planned city. I am sure that bright and dynamic struggle awaits us at the competition, and may the best man win! " 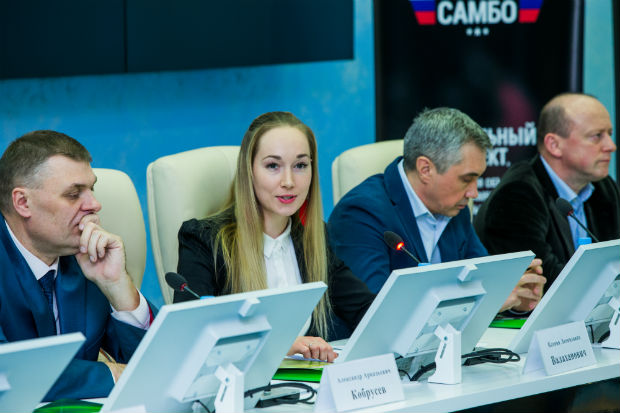 "The tournament never stops to help discover new names, as well as to confirm the status of Belarus as the real cradle of the strongest martial arts masters. Presidential sports club is very fond of sambo and this tournament. Since its founding we reward athletes who demonstrate exceptional performance in competition with special prizes "Will to win" and "Best technique". This year we are introducing additional incentive awards in addition to traditional ones. I think that athletes will not let us down and we will try to present them with as many surprises as we can.

During the press conference, the organizers also stressed that the International Sambo Tournament for the prizes of the President of the Republic of Belarus has a distinctive feature that no other Sambo competitions has –a plush mascot that changes every year. In 2016 athletes took home white plush dogs, in 2017 they have the opportunity to add a soft plush bear to their collection. 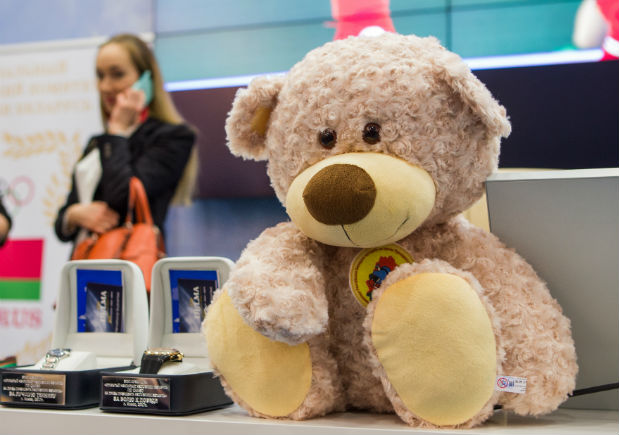 The most successful and skilled athletes will add a beautiful tournament medal to the plush cubs. The names of the first winners of the tournament will be known tomorrow. Follow the competition using the online broadcast on the FIAS website! 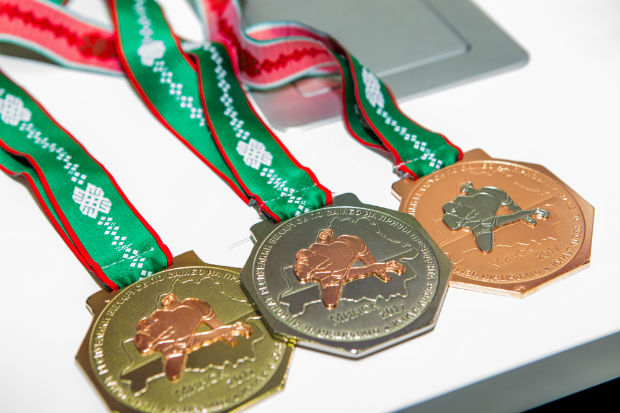