Yohander Rojas: “Russia is a powerful country. If you want to train sambo, you should definitely do it here” 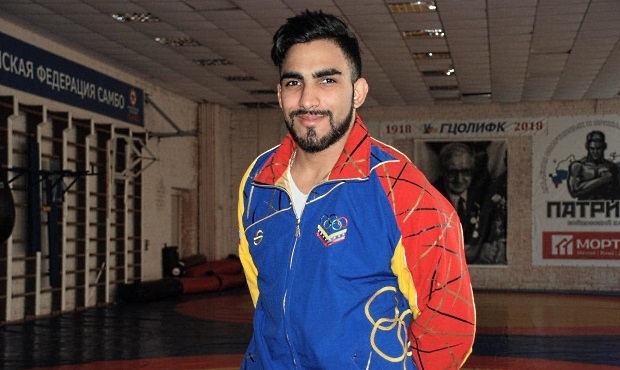 The most powerful sambo federation in Latin America is in Venezuela. Its representative Yohander Jose Rojas Garcia is a student of Russian State University of Physical Education, Sport, Youth and Tourism (SCOLIPE). At home he is one of the best fighters, a seven-time champion of Venezuela and a three-time champion of Pan-American Championship. In his interview to SCOLIPE website Yohander tells why he has chosen such an exotic sport for America, how he came to Russia and who is the best sambo wrestler in his opinion.

- Sambo was founded in the Soviet Union; it reached Venezuela not long ago. What did your competitive career started from?

- I have been going in for sports since early childhood. Before sambo, there was artistic gymnastics, then track-and-field. Being in the basketball national team, I took part in the competitions in Cuba. When I was 15 my friend, who went in for sambo, told me: “Jose, let’s go in for sambo together! You will like it and it will do you good!” It did really did me good, because at school I often was in the center of all fights.

- How did your family and relatives take your choice?

- My mom has always been against my sambo trainings. She still feels very nervous before my fights and keeps telling me how dangerous they are. She thinks it is a violent sport. 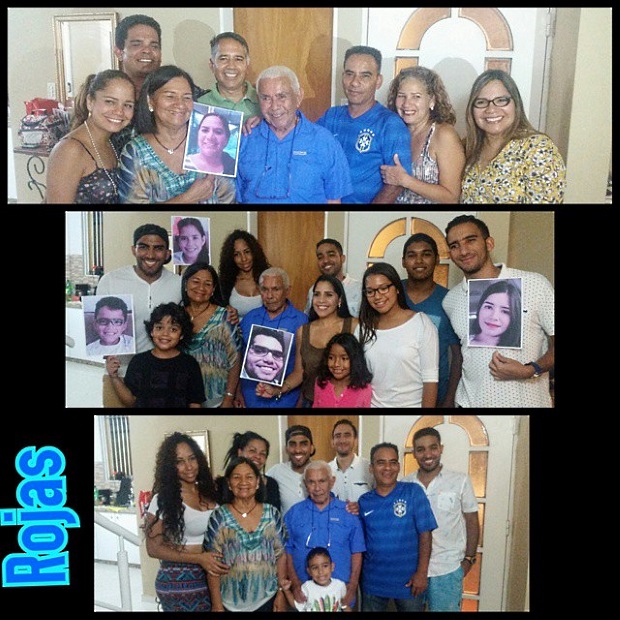 My sister supports me, she is the captain of cheerleading team in Venezuela, and she trains a lot and gives many performances. My son (yes, I have a son) is proud of me. I want him to have a competitive career as well: he is six now and he goes in for judo.

- Your competitive career shaped well for you in Venezuela. How did you end up in Russia?

- Four of our sportsmen went to SCOLIPE. Then, at the behest of University, I arrived. A good friend of mine, ex-minister of sports in Venezuela Alejandra Benitez rendered assistance in organization of these trips. We are thought to be the best and most promising sportsmen in Venezuela (laughing). Our home country sambo federation is the most powerful amongst others in Latin America. However, if you want to train sambo, Russia is definitely the best place to do it. It has the best school and the most experienced coaches. 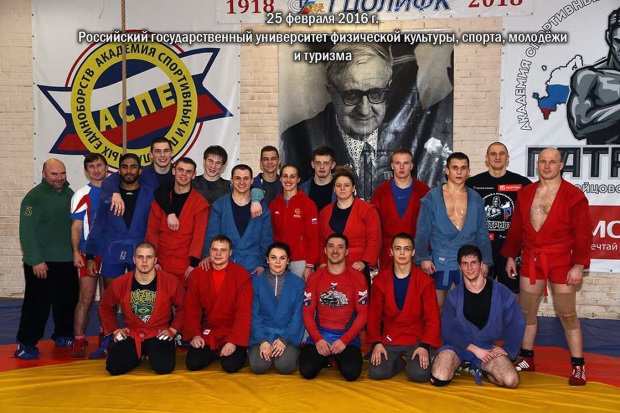 - Tell us something about your mentors and sambo wrestlers, who inspire you.

- My Venezuelan coach Luis Adrianza has put a lot of effort into me. He developed a special training and nutrition program for me, which I stick to. Once a week we get in touch via WhatsApp and discuss my progress and failures. He gives his instructions for next week, criticizes or praises me. My coaches in Russia are very skilled, I`m thankful for all new knowledge, trainings and the efforts, put in me. 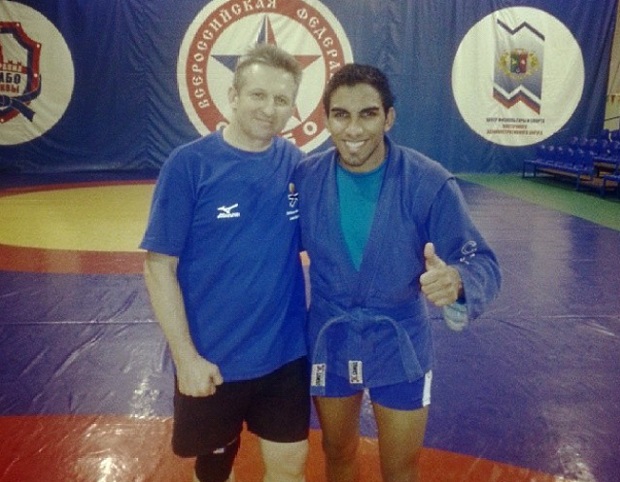 Of course, these are Honored coach of Russia Professor Nikolai Georgievich Kulik, Honored coach of Russia Sergey Evgenievich Tabakov, international master of sports Evegeniy Gabdlbarievich Nasirov, coach Dmitry Vladimirovich Popov. Thanks to them, I have improved my sambo skills. I`m impressed by Aleksey Ivanov, who is the World Sambo Champion. He studies in SCOLIPE, I`m very proud of being acquainted with him. 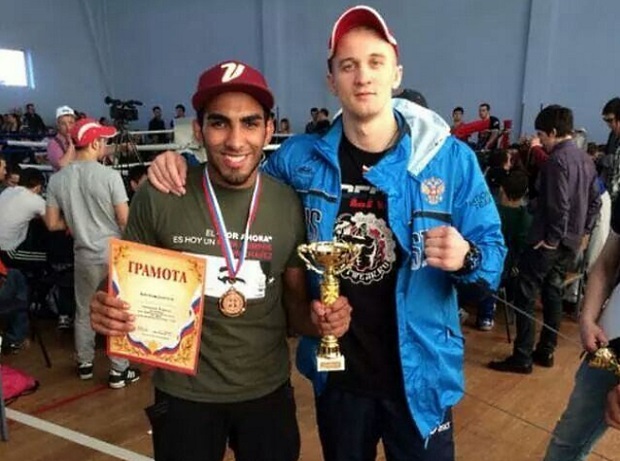 - What is your schedule?

- Every day I get up at 6 am, seldom at 7 am. First goes the training. All required sports equipment is in my dorm room. I train every day. Sambo trainings in university are held twice a week. 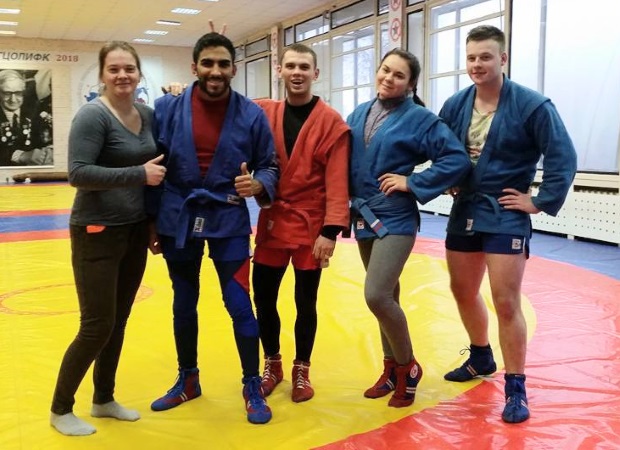 Of course, we have more trainings before the competitions. Usually I go to bed at 11 pm. Sometimes there can be exceptions at the weekends, when we celebrate out friends` birthdays. However, it happens very rarely. I try to stick to the schedule.

- A road to the victory is always long and winding. Which was the most hard-earned victory?

- There was one. It was the latest Pan-American sports and combat sambo championships in Panama, in which I participated before my arrival to Russia in 2013. I had some bad elbow and knee traumas; I had to finish the fight having taken strong painkillers. Nevertheless, the victory was mine! 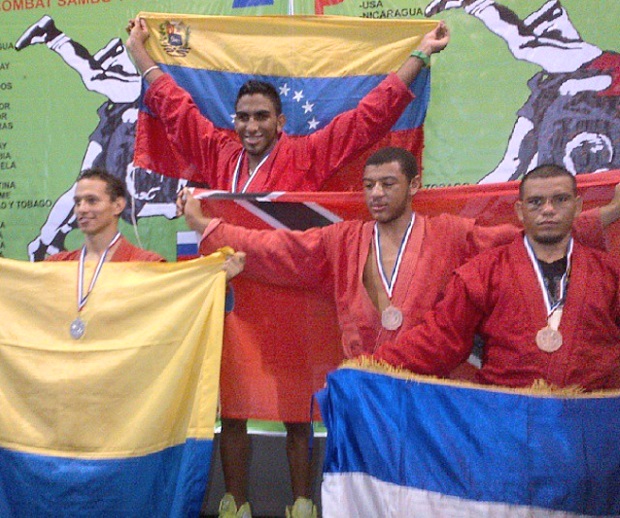 - You are a seven-time sambo champion in Venezuela; no doubt, you are going to move beyond, aren’t you?

- Of course, I want to become the world champion! I already participated in Sambo World Cup in Greece in 2009, but came seventh or even tenth, I can`t remember exactly. Sambo is not included in the program of Olympic Games, that is why the most significant award for me will be the victory at the World Cup. Pan-American Championship and World Cup in Sochi will be held this autumn. I am planning to participate in them. 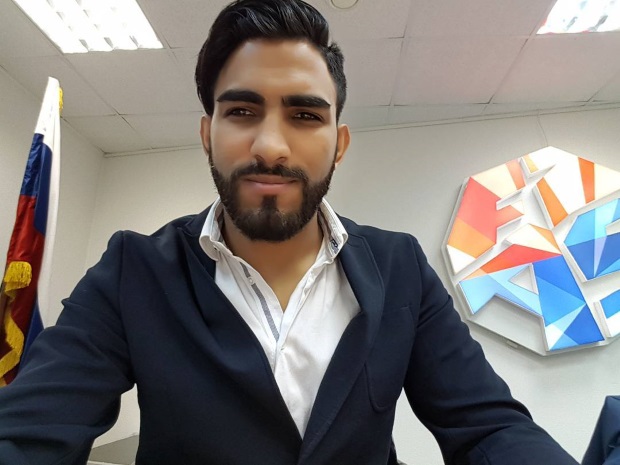 - Did you have to apply sambo techniques in real life?

- I did, there were two incidents. One happened in Venezuela – there was an attempt to rob me. I was tough on the robber – of course, he couldn`t rob me, moreover, I broke his hand. The second incident happened here in Moscow at the disco. A stranger made persistent attempts to dance with the girl from our group. When he pushed her off after she had turned him down, I had to step in. That time it went without serious injuries. However, these incidents are exceptions. I usually try to settle conflicts amicably, without the use of physical force. 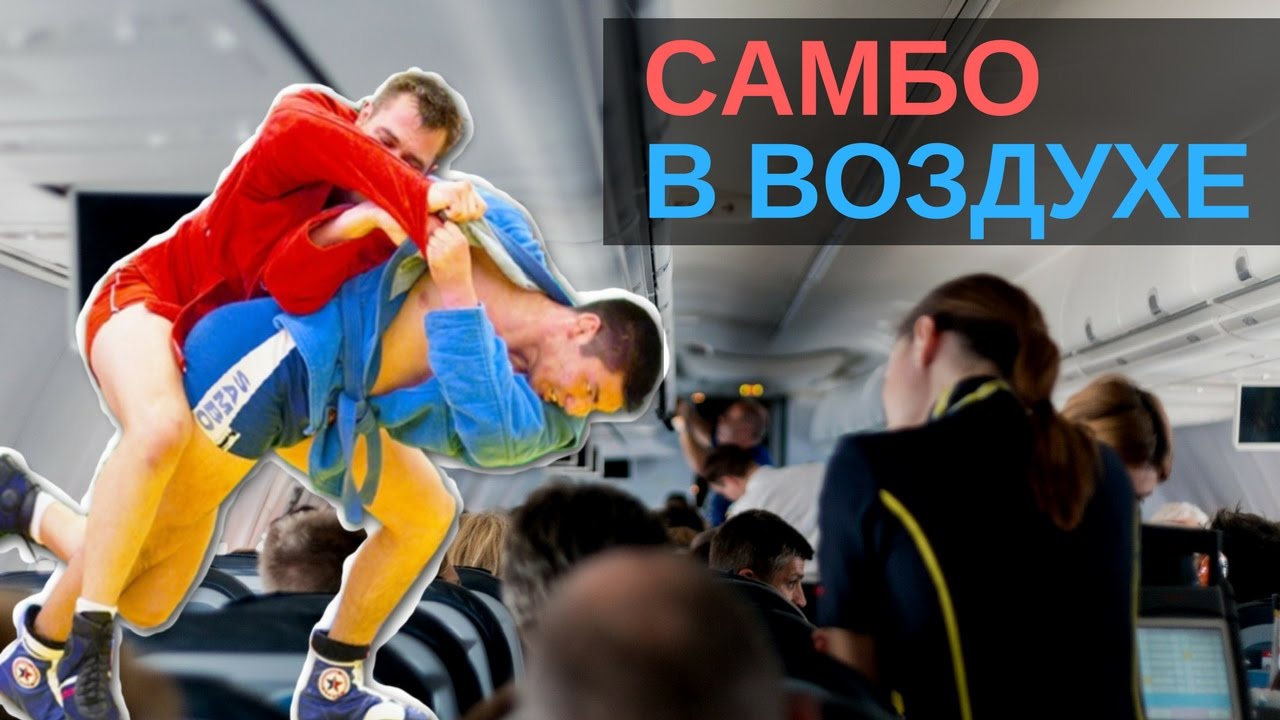 - Sambo is your hobby, job and educational subject. What other hobbies do you have?

- I like karaoke. Yes, I like Russian singers: Jacques Anthony, Timati, Egor Krid and others (singing along). By the way, on March 31 on the Latin Day in RUDN we will give a performance – merengue dance. We dance a lot in Venezuela; sometimes I attend Latin parties here.

- Of course, we cannot but ask you about peculiarities of living in Russia. What surprises and impresses you in our country since you have arrived?

- Oh, I can`t stand cold weather. I am constantly sick in winter. As it turned out, I have birch pollinosis. It`s very hot in summer. In Venezuela, we have approximately the same temperature all year round: +18 - +23 degrees, there are constant huge temperature swings in Russia. I was very surprised to see that Russians swim in ice-holes in winter. “Crazy people!” – I thought. Did you swim in the ice-hole? No? I thought all Russians swim in ice-holes in winter. Then I tried skiing for the first time in my life in Russia. I was the last in my first race. The second time during the training camp I cheated a little bit and finished somewhere in the middle. 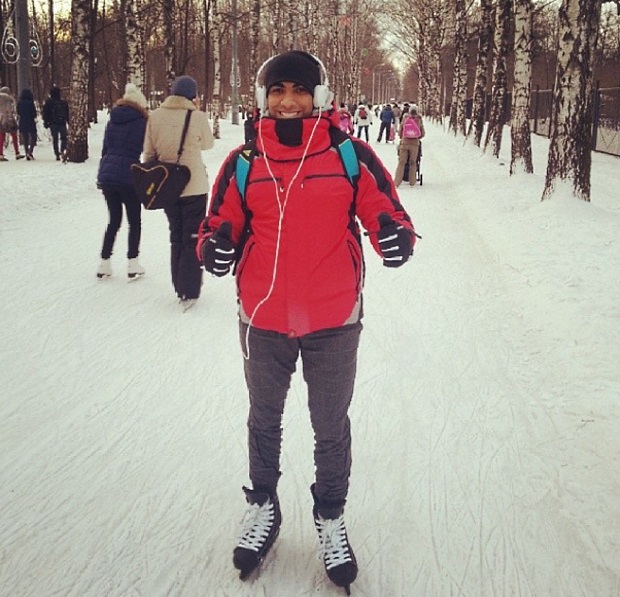 I like Russia very much; people are very kind-hearted here. I will definitely come here with my son after I finish my studies.