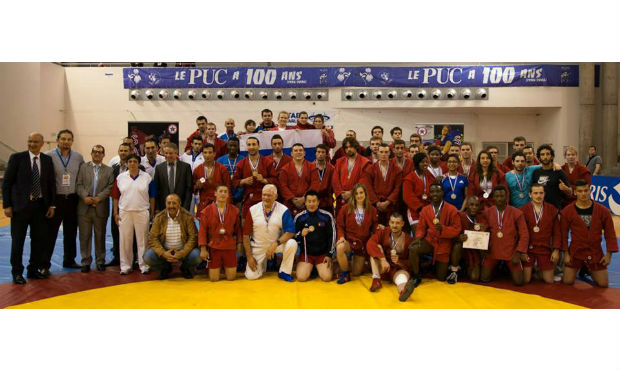 The Annual International Grand Prix de Paris took place on May 31 in the Сapital Сity of France. 78 athletes from 6 countries participated in the competition, which was traditionally held at Stade Charléty. In addition to the tournament hosts, the French, athletes from Belgium, Ireland, Morocco, Mongolia, and Russia came to fight for the Grand Prix de Paris. And each of these national teams will surely be able to enter the tournament as their asset.

The Grand Prix de Paris held for the 14th time has traditionally become the most successful for the host country. The French, who were in the majority in the tournament, won the first place. But the representatives of Morocco unexpectedly appeared on the second step of the podium. However, they took the second place together with the Russian team. Nevertheless, two gold medals of the Moroccans at such a prestigious event can be considered great success indeed. You can learn about the official results of the 2014 Grand Prix de Paris at: page 1, page 2, page 3, page 4.