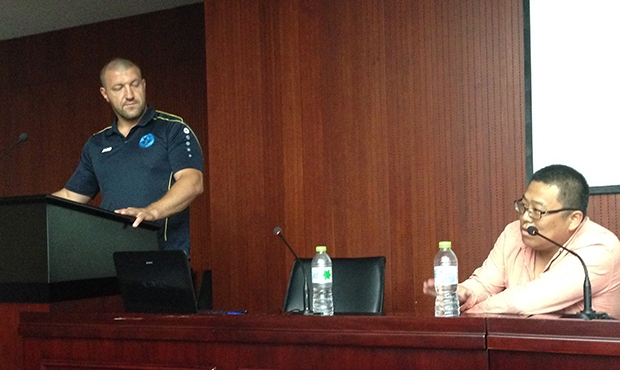 The development of sambo in China is gaining ever greater momentum. These days the Beijing Sports University is hosting a seminar for coaches bringing together 35 local professionals related to sports and martial arts. Theory and practice of sambo for the participants of the event is presented by FIAS´s sports director Dmitry Maximov. Experts note that the event was marked by major changes in views on the development of sambo in China.

Let´s recall that in recent years there have been a number of events that allowed talking about great interest in spreading and getting to know sambo in China. A year ago in Beijing there was a meeting between the leaders of the International Sambo Federation headed by the President of FIAS Vasily Shestakov and the leaders of the PRC General Administration of Sports headed by the deputy head of the structure, Vice-President of the National Olympic Committee of China Cai Zhenhua. The main outcome of the meeting was the apparent wish of the Chinese side to fully explore sambo and their desire to actively develop this sport in the country. FIAS in turn expressed its readiness to provide full support and experienced coaches to train Chinese athletes.

After a short amount of time in the Chinese border city of Suifenhe a sambo school opened which was to become the first branch of the future Sambo Federation of China. This was followed by the opening of the second and third sambo schools in the cities of Dongying and Hunchun respectively. Classes in all schools are taught by coaches from sambo’s native country, Russia, so Chinese beginners in sambo are in good hands. However the Chinese are very interested in having their own qualified sambo coaches. That is why a sambo seminar was organized taking place in Beijing right now. 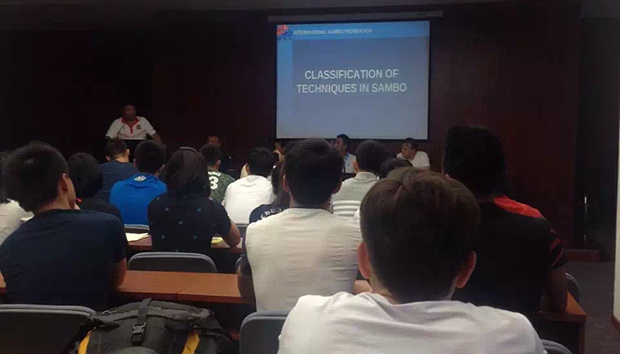 It is worth noting that the current seminar is organized on the basis of the Beijing Sports University. It is here where the Chinese sambo emerged in 2011. Its "fathers" are the director of the Center of Olympic teams’ training, Professor Ian Bin Chen, and the head of the project "Sambo in China" Igor Radchenko. It is thanks to their joint efforts that a Chinese sambo team was prepared that participated in the Universiade 2013 in Kazan and brought a bronze medal. Unfortunately after that there has been a lull in the development of the Chinese sambo that lasted until last year. And now a new, more powerful interest in sambo can be noted manifested at the state level, which is important in many countries, and especially in China.

"The official inauguration of the Training center for sambo athletes and coaches at Beijing Sports University is planned for September. In the mark of this inauguration a national seminar for athletes and coaches is also planned along with the selection of candidates for the national team of China to participate in Sambo World Championship among adults and students,"- said in an interview to FIAS’s site the sports director of FIAS Dmitry Maximov.

According to him, the Chinese athletes won’t become insignificant extras in international competitions. They are ready to compete with the strongest teams in the world. 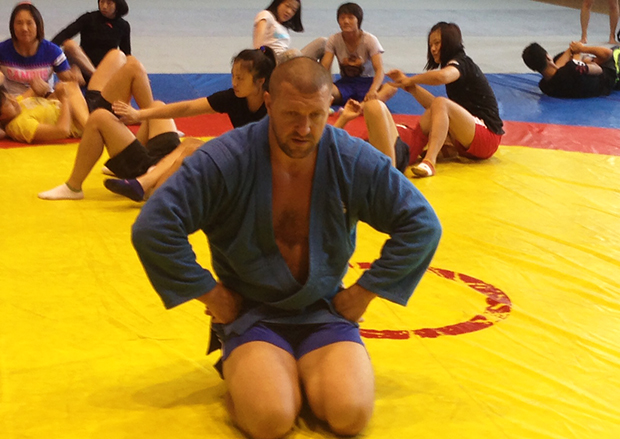 "After our first practical class I can note that some of the girls can seek not only a place in the national team, but also a medal. Their physical characteristics such as grip strength, even concerning seemingly very fragile athletes, are really amazing. Before the start of the World Sambo Cup they still have time to practice the technique and improve it. I think many female sambists who are used to achieving major successes in international competitions won’t be able to take it easy from now on,"- Dmitry Maximov opines.

FIAS’s site will report about other innovations associated with the development of sambo in China as more information becomes available. However, today it is already evident that there is another powerful country on the map that can claim to be one of the world's leaders in sambo soon.